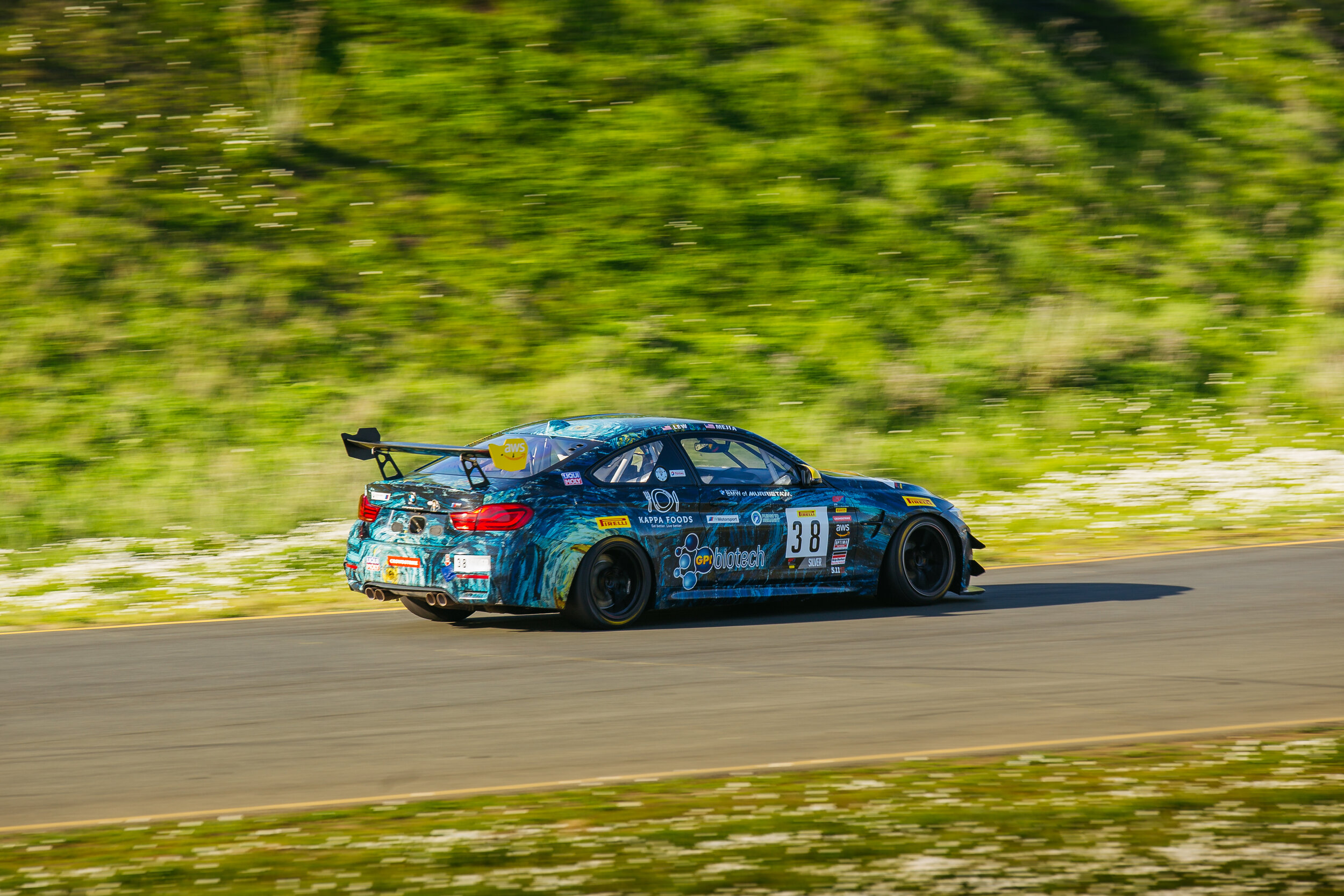 This weekend at the Sonoma Raceway in California, Bryson Lew and Tomas Mejia are set to make history with ST Racing by becoming the youngest duo ever to compete in the GT4 America Series. Though the two 17-year-olds have only just stepped into the professional car racing arena, their success and speed hitherto, as well as their pseudo-tangible passion for motorsport, more than belies that young age.

Bryson for example, a Contra Costa native in California, was already a champion in Junior ROK and Junior Rotax before making the step up to the Mazda and NASA-affiliated Formula Car Challenge in 2018 – in which he finished 3rd overall – and French Formula 4 in 2019. Tomas meanwhile, another native to California in Danville, made his car racing jump much earlier, competing in the Spec Miata Series in 2016 aged just 13. Win and podiums emerged quickly, as they did in the bespoke EXR Racing Series the following year, but 2018 though was the year Tomas’ potential truly shown when he won the Teen Mazda Challenge, earning a racing scholarship in the process.

Surprise surprise, being among California’s most exciting young up-and-comers, both Bryson and Tomas, good friends as well as battle-hardened competitors, know each other’s capabilities on-track more than well.

Tomas – “So Bryson and I have been racing go-karts for years, and we’re still very good friends rather than ‘just’ teammates. He’s a really strong driver and he has a little more experience in more powerful cars than I do, so I think as a team, we will really be able to put ST Racing on a pedestal this year in GT4 America.”

Bryson – “I actually started go-karting with [Tomas] at eight years old, so being teammates this year is kind of a throwback to when we were younger! I know he’s an amazing driver and it’s really cool to pair up in Gt4 America. It’s important that we work together to get the best results we can because we both want to make a career in racing and want to help each other out. And hopefully that will include a championship win this year!”

TC America would prove the biggest hurdle yet for both Tomas and Bryson though in 2019 and 2020 respectively. Their first taste of a truly professional racing series – one operated by SRO, no less – was at the wheel of a MINI Cooper JCW and a BMW M240i Racing Cup respectively at some of the most lauded racing facilities in North America. Though steep, a vertical learning curve proved little more than a speed hump for the young teens.

Tomas – “Going into it, I knew I had the basic knowledge down from go-karting. I knew how to drive the car, use the right lines, etc, but it was still a pretty sharp learning curve. When I first got in the MINI, everything felt so different: the suspension moved in a different way, the car

was heavier than I was used to, and now I had a roof! It took me a while to realise that the limit of the [Cooper JCW] was actually way beyond what I first expected. So the transition was difficult for me at first but was still something I was able to grasp quite quickly.”

Bryson – “Compared with formula cars, obviously the BMW was a lot heavier, and I quickly leant that tyre management is extremely important: if you don’t have the grip, the car’s just not going to handle. Remember, I didn’t have any sports car experience before that, so doing those seven races in 2019 was really helpful to get me up to speed.”

Once again, results came quickly. In 2019, embarking on a three-round program for the MINI JCW Team, Tomas impressed with two TCA-class podium finishes in his first three starts as well as a runners-up spot at the season finale in Las Vegas. These results ultimately earnt the Californian a full-season berth for 2020, and while the MINI JCW Team couldn’t derail the relentless locomotive that was Kevin Boehm’s championship charge, Tomas nevertheless picked up his first two TCA class wins and nine further podiums en-route to 2nd in the standings.

Bryson meanwhile, in a Classic BMW-entered M240i Racing Cup for seven of that year’s TC- class races, had similarly jumped the cavernous gap from formula cars with aplomb. Incredibly, the Formula Car Challenge racer winner took two podium finishers on his maiden series outing at his home circuit in Sonoma, finishing on the points on all but two occasions across the rest of his truncated campaign to finish a very credible 9th in the standings.

Tomas – “The MINI was an amazing car, and I think I was definitely able to get the most out of it to showcase its true power that entire season. Picking up my first win [at the Circuit of the Americas season opener] was an amazing experience as well. I knew that if everything came together, we had the speed to beat everyone else and to get that accomplished so early in the season just felt great!”

Bryson – “2020 was a really important year just based on how much I learnt! I jumped into the sports car and the brake pedal was extremely soft, whereas in formula cars, everything is set up really stiff. I almost had to forget a lot of my driving style so I didn’t go as deep into the corners as I was used to! So it really taught me how to drive a sports car properly. Taking those podium finishes at Sonoma was a big moment too. It proved to a lot of people that, yeah, I’m young, but I’m still fast enough to be at the front in whatever I compete in.”

That both Tomas and Bryson would make their respective steps up the ladder was thus a foregone conclusion. With ST Racing also expanding its racing program for 2021, including the team’s first full international endurance campaign with the 24H SERIES in Europe, a two-car field in the GT4 America Series, and a Porsche 718 Cayman GT4 Clubsport for new arrival Dan Miller in the newly rebranded GT America, an opportunity to compete with the reigning SprintX Teams’ champion in GT4 America was impossible to resist. Once again, though the learning curve is steep, the goals of both Tomas Mejia and Bryson Lew are equally as lofty.

Tomas – “This transition will be a really big step up in terms of power: its 400hp compared to somewhere around 200hp for the MINI. I’ve already tested the car and it was ridiculous how much power it had! But I’m really looking forward to this season. I hope to ‘tame the beast’ as quickly as I can and I’m confident enough in my abilities that I can apply them to GT4 for a successful transition. I’m really looking forward to working with ST Racing too. There are a lot of super, super talented people here, and the team has the proven capability to help Bryson and I accomplish our goals. To be professional driver is a dream of mine, and I think ST Racing can really help me achieve that.”

Bryson – “This year, I’m going to be putting my nine years of racing experience to the ultimate test and I hope that determination will serve us well throughout the season. I’m obviously thrilled to be working with such an amazing team in my first year of GT4 competition and ST Racing clearly has a tremendous passion for racing. They really do treat everyone like family, and I hope Tomas and I can carry on that winning tradition.”

This weekend’s round at the Sonoma Raceway is the first of seven events for this year’s GT4 America Series, at which ST Racing will compete with a Silver-class BMW M4 GT4 for Bryson Lew and Tomas Mejia (#38) and a PRO-AM-entered M4 GT4 for Ryan Eversley and Joe Rubbo (#28). Round two of the series will take place at the Circuit of the Americas in Texas on 30 April to 2 May.